BlackRock’s bid to become a leader in tackling climate change will put pressure on rivals but does not go far enough, campaigners say.

In a letter to clients yesterday, BlackRock announced a series of measures to “accelerate” the integration of sustainability into technology, risk management and product choice across the firm.

BlackRock will remove companies that generate more than 25 per cent of revenues from thermal coal from active discretionary portfolios by mid-2020.

The company says it will also be “increasingly disposed to vote against management” when companies have not made sufficient progress on sustainability.

BlackRock’s plans, set out in the letter to clients alongside chief executive Larry Fink’s 2020 letter to chief executive officers, also include the creation of many new environmental, social and governance versions of existing products, as well as developing new ones.

It plans to double its number of ESG exchange traded funds over the next few years to 150, which is far beyond the plans of rivals, including Vanguard, the passive giant that is nipping at the heels of BlackRock.

BlackRock’s initiatives have been welcomed by the Sunrise Project, a climate-change group which last year called on the US firm to divest “from fossil fuel companies unwilling to change their practices, and to start prioritising fossil-fuel-free and deforestation-free funds”.

Diana Best, senior strategist for the Sunrise Project, says the firm’s shift of capital out of fossil fuels “is a fantastic start and instantly raises the bar for competitors such as Vanguard and State Street Global Advisors”.

Ms Best says they will expect additional leadership from the company, including additional shifts of capital out of fossil fuels.

However, climate activist group Extinction Rebellion rebellion says: “The world’s biggest miners and polluters will not be losing any sleep over this.”

BlackRock remains “waist-deep in fossil fuel investments and the world’s top backer of companies that destroy the Amazon rainforest and ignore the rights of indigenous people”, says the group, which vows to continue “to pile on the pressure”.

Corinne Carr, founder of independent remuneration consultancy PeopleNet, says: “If sustainable investments become so central to Blackrock’s business strategy then we would expect them to be reflected in well-defined key performance indicators.”

In turn, these KPIs should be integrated in the incentive pay structure of Mr Fink and his executive committee, says Ms Carr.

Shareholder lobbyist ShareAction calls on the global asset manager to use its voting rights to get major banks to phase out financing of fossil fuel companies.

Jeanne Martin, campaign manager at ShareAction, says: “BlackRock’s coal divestment decision is yet another significant blow to the already dying market. Yet major banks like Barclays continue to prop up coal-heavy companies.”

“If BlackRock is serious about its commitment to phase out thermal coal, it should use its voting rights to get major coal financiers to do the same,” she says.

“An important litmus test” for BlackRock’s new climate leadership will be how it votes in the 2020 shareholder season on the many climate resolutions that have already been filed, including at other major financial institutions, says Ms Best.

ShareAction has filed a shareholder resolution at Barclays, alongside institutional and private investors, asking it to gradually stop funding energy and utilities companies that are not aligned with the goals of the Paris climate agreement.

BlackRock has not responded to the resolution.

Shareholders filing the resolution have signalled their hope that Barclays board will choose to respond positively by recommending a vote in favour at May’s AGM.

“BlackRock’s current voting disclosures on climate issues give little comfort that it will vote in a manner fitting of the climate crisis,” says Ms Martin.

As part of its announcement, BlackRock has pledged to be more transparent about its engagement with investee companies.

It will start to publish the topics discussed during each engagement with a company in its annual stewardship report.

It will also move from annual to quarterly disclosure of its voting record at company annual general meetings.

“We might not like what we see when we open the door on these activities,” says Ms Martin.

Alongside its commitments on stewardship and engagement, BlackRock announced a series of plans to integrate ESG into its existing product range.

By the end of 2020, all active portfolios and advisory strategies will be fully ESG integrated.

The firm says that managers will have to manage exposure to ESG risks and document how this has affected investment decisions.

It will also be launching sustainable versions of flagship model portfolios and investment solutions, which it expects to become “the standard”.

The firm is embarking on a big ESG ETF push at the same time.

It is looking to create ESG versions of many existing products, from model portfolios to ETFs, and will be encouraging clients to switch from non-ESG to ESG offerings.

BlackRock is also developing ETFs that will be focused on sustainability themes like climate and impact.

Hortense Bioy, director of passive funds and sustainability research in Europe for Morningstar, says: “BlackRock goes much beyond any other US asset manager, that’s for sure.”

“We’re seeing a bit of everything. Few asset managers are planning to launch as many products as BlackRock, however,” she says.

BlackRock currently offers the largest suite of ESG ETFs in Europe, with 30 ESG ETFs followed by UBS, which has 19, according to Morningstar.

Vanguard does not offer any.

“It only provides a few old exclusionary index funds. Vanguard is a clear laggard in the sustainability space, says Ms Bioy.

Corinne Carr is an independent remuneration consultant specialising in Responsible Reward and founder of PeopleNet Ltd.  Read her Responsible Reward: how to fulfil your environmental, social and governance promises through performance and pay and watch her 2-minute video. www.peoplenet.ltd.uk

Clients and What They Say 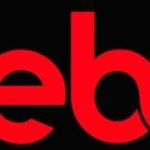