“Responsible reward is a growing trend in executive pay which links organisations’ sustainability and remuneration strategies. In fact, it’s for anyone who receives a bonus in addition to their salary.” Corinne Carr, remuneration consultant who specialises in responsible reward.

A ‘growing trend’ is certainly the right phrase to encompass responsible reward. Major corporations including Microsoft, Nestle and Starbucks (among many others) have all made announcements in recent months pledging to reduce their carbon, use of plastic and overall waste. But reward also has a significant role to play in helping these organisations reach their targets.

Responsible reward practices integrate extra-financial factors (Environmental, Social and Governance or ‘ESG’ factors) into short and long-term incentives. It affects how an organisation does business with the whole investment chain: employees, customers and investors; and ultimately, responsible reward supports the United Nations’ Sustainable Development Goals (SDGs), as incentives underpin every one of these objectives.

Over the past year public concern about sustainability issues has been mounting. Mass protests led by the likes of Greta Thunberg and programmes such as the BBC’s Blue Planet 2, have seen interest in sustainability reach new levels, with more people – and thus employees – recognising the need for everyone to be more responsible in the way that we live and work.

Corinne Carr advocates extending remuneration beyond rewarding for financial performance to incentivising positive environmental and societal impact. I spoke to her about this step-change in public opinion and how this is having an impact on responsible reward practices.

Climate change is an area that has seen significant interest – although it is only a single piece of the wider ESG agenda – it is a good example of how some organisations previously only viewed climate change metrics as affecting highly pollutant industries, but this has now changed.

“Now, other sectors have started to realise the impact they can have on the environment too, directly or indirectly,” explains Carr. “For example, I work with asset managers who understand that their responsible investment stance must be reflected in the way they run their own business, including their reward strategy.”

She adds that there is growing acknowledgement that “responsible reward protects your physical, people and digital assets. It makes total business sense”.

In 2018, Carr published Responsible Reward: how to fulfil your environmental, social and governance promises through performance and pay in collaboration with CASS Business School. At the time, there was little to show in terms of linkages between reward strategy and ESG. A year and a half later, and there has been some progress in the linkage between ESG and bonuses/long-term incentive plans among FTSE companies.

Carr is optimistic that these figures will increase again during the next round of annual general meetings, due to the increasing focus in ESG and because 2020 is the year for renewing remuneration policies in many firms.

However, she warns that we cannot rest on our laurels as other statistics show that work is needed in other areas: “Only 1% of the 300+ signatories of the Women in Finance Charter clearly link diversity targets to executive pay, despite it being one of the four pledges; and under 20% of the UN-supported Principles of Responsible Investment (UNPRI) signatories self-report that they link the performance of their responsible investments to executive pay. The reality may be even lower.”

Despite this, the landscape is definitely changing. Corporate Governance rules now take into account the link between business’s ESG performance targets and executive pay, while responsible reward is now part of the Davos manifesto 2020.

The Davos manifesto outlines the universal purpose of a company in the fourth industrial revolution. The aim is to create a ‘better kind’ of capitalism, with companies that engage all of their stakeholders in “shared and sustained value creation”. It argues that companies should serve all of its stakeholders including employees, customers, suppliers, local communities and society at large.

Relating to responsible reward, the manifesto states: “A company is more than an economic unit generating wealth. It fulfils human and societal aspirations as part of the broader social system. Performance must be measured not only on the return to shareholders, but also on how it achieves its environmental, social and good governance objectives. Executive remuneration should reflect stakeholder responsibility.”

Pressure to make changes to remuneration practices is not just climate-related. There are numerous calls from government and international groups to reshape reward to make it more transparent and fair to all. Gender pay gap and CEO pay ratio reporting are just two examples of how businesses are having to adapt their policies to fit this growing ESG agenda, with both of these policies supporting the UN’s SDGs.

With regard to pay reporting, Carr believes it is important to measure these differentials, but that there has been too much debate on the (in)validity of the formulae and not enough on what the numbers are actually showing and how they can be improved.

“There has often been a generic rationale to justify the disparities and not enough focus at board level,” she argues. “There is a pool of suitably qualified women who can take on senior roles but they still don’t get recruited or promoted. Mind-sets have to change and responsible reward through the inclusion of diversity targets into incentives is a powerful catalyst to achieve that.

“As reward professionals, we have a major role to play to close the gap,” she adds.

Beyond executive pay and bonuses

Responsible reward can be broken down into components and aligned with the 17 SDGs. The third SDG is good health and wellbeing, which for many employers is a key focus.

“I’m always amazed at the number of firms that make claims of looking after their employees yet do not discourage desks being covered in cakes and chocolates,” says Carr. “Obesity is a major societal risk in the UK and employers – ie us as reward professionals – must play a role in tackling it, without being ‘big brother’ or intruding in people’s personal lives, through the benefits offering we provide.”

This highlights just how diverse and all-encompassing responsible reward is. For those employers yet to tackle this issue, it may be that they are already doing things that align to the ESG agenda. Their policies need to be understood in the context of ESG and defined better.

“You don’t have to start all over from scratch – it’s really looking at what you’re doing already, what your business stands for in addition to making money and building on that,” says Carr. “There are already things that some employers do, so therefore we’re not starting from a blank page of paper. However, the whole point of responsible reward is about reaching new targets – not just relabelling.”

The role of reward practitioners

The ESG and responsible reward agenda is continuing to gather momentum. There is increasing pressure on businesses to act responsibly, to lead by example and to have a corporate conscience. This must extend to their business practices, how they treat employees and suppliers, and ultimately how their business impacts society and the wider environment.

“As reward practitioners – we have a major role to play – we are at the essence of designing and assessing pay structures. We are in that privileged position to make recommendations to make our businesses more sustainable and ultimately support the UN’s SDGs,” concludes Carr.

The original article can be viewed here:

Corinne Carr is the founder of PeopleNet Ltd, an independent remuneration consultancy specialising in Responsible Reward. Read her report, Responsible Reward: How to fulfil your environmental, social and governance promises through performance and pay, and watch her explainer 2-minute video. www.peoplenet.ltd.uk

Clients and What They Say 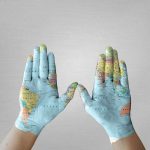